Lili of the Valley Stamps

Last week, I got an order of LOTV stamps from the UK.  I just love the style and cuteness of these stamps, and found it really hard to limit myself to just two.  I already have another 3 on my wish list, but for now, I have 'little mermaid 2' and 'boys - computer fun'.

The mermaid stamp is perfect to do girl birthday cards and Katie Rose has two parties coming up, so I made two cards for her. 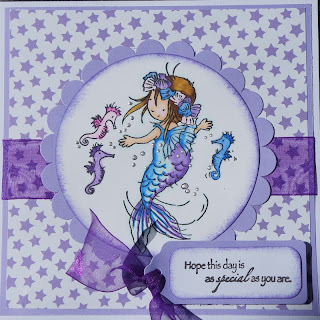 This was my first attempt with this stamp, and I copied the colours from the sample on the LOTV website because they were sooooo pretty!

I think I will try this with more blues next time and layer it up with blue cardstock and patterned paper. 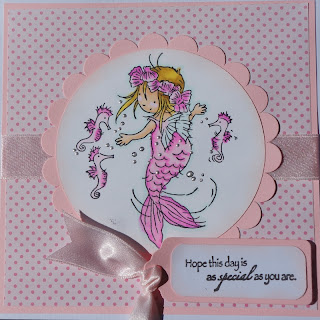 After doing the purples and blues, I thought I would try using pink for a little girl who still loves pink.  I know she isn't a traditional mermaid colour, but she is so pretty, I am finding it hard to contemplate giving her away!  Her hair was done with yellow in it (CT3) with GB8, and it was the first time I EVER did blonde hair!  I did the pinks using PP1 and BP2 and blender pen to soften the darker pink. 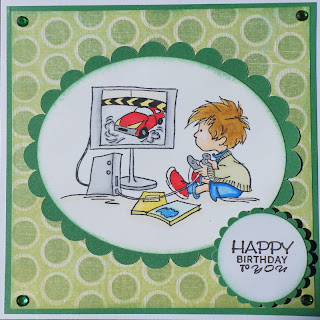 Katie Rose went to a party for her friend Adrian yesterday, and I made him this card using the computer fun stamp.  He was coloured up using my Spectrum Noirs - even the gems were coloured!

I also made two of these for kindy to put on their trade table, just for the extra practise in colouring.  I am new to colouring and still collecting my pens, so as I get more, I will be able to do more shading, blending and colour matching.